I’m continuing my quick look at all 29 of these kid-friendly books with books #11-20 in alphabetic order by title, giving a short “What’s Cool About It” that jumped out at me for each one. I’m not going to give a specific numeric rating to them because I’m not necessarily the target market. It’s more important that we examine what’s available out there that you can use to get kids excited about reading & comics. Many of these have downloadable previews from the Free Comic Book Day website, I’ll link to them where they are available. 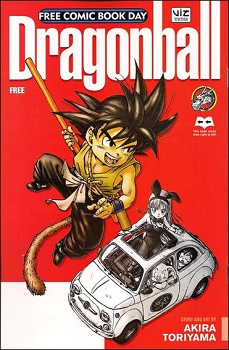 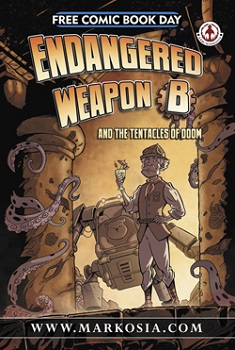 What’s Cool About It
Presented in manga right to left format, these 2 stories are perfect for fans of the anime these are based on and a good sampler to get readers used to reading in the R-to-L format.  The next step after this is to step up to the Viz collections in tankōbon (album) format.

What’s Cool About It
Really nice clean art style, animation-like in that it’s not cluttered with extraneous blacks and shading.  Sharp dialogue and crisp characterization round this one out, it got me looking forward to the full 80-page story coming in July. 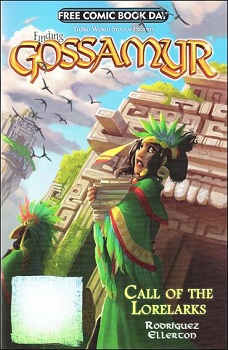 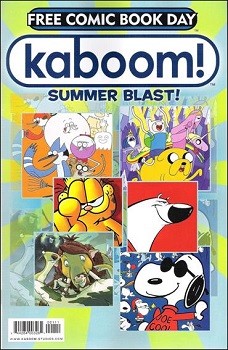 What’s Cool About It
A nice intro to The Stuff Of Legend and a preview of Vol. 5, but the standout in this comic is the Finding Gossamyr story.   Lush artwork that evokes some of the more recent Disney/Pixar movies that perfectly complements the story that introduces the Lorelark Luka & leaves the reader wanting to read more about the role she will play in the coming narrative.

What’s Cool About It
Lots of great stuff in here, I think the biggest draw will be the stories based on the mega popular cartoons Adventure Time and Regular Show, but they are reprints, so nothing to see here for people already following those comics.  For me the hit of the book was the Herobear & the Kid short that will hopefully ghet people to check out that series by Mike Kunkel when it hits the stands in June. 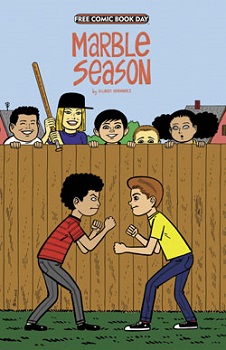 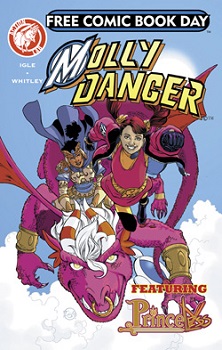 What’s Cool About It
Semi-autobigraphical story by Gilbert Hernandez about growing up in the 1960s.  While this may resonate with kids who can relate to the situations I think it works better as a reminiscence of times past for grown-ups.  If you like this, get the full GN which is available now.

What’s Cool About It
While this will work for either sex, I would recommend this particularly for a female audience, particularly younger girls who will enjoy the stories that both feature strong characterizations of their female protagonists.  Molly Danger and Princeless are both excellent books to get girls into comics. 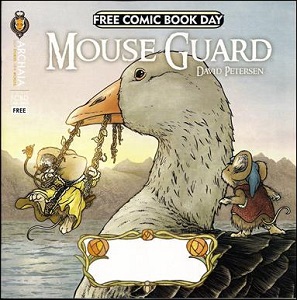 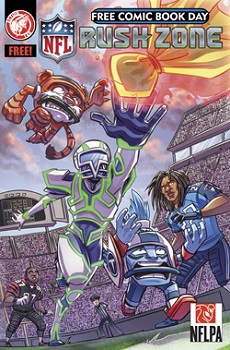 What’s Cool About It
Mouse Guard is always entertaining, and we get a “tavern tale” story here.  The real standout in this comic was Royden Lepp’s Rust, a story with a boy who has a jet pack & a giant decommissioned war robot.  8 short pages & it had me on Amazon ordering the 1st collection to get more. Clean art style, uncluttered storytelling, and solid adventure for ages 8 and up.

What’s Cool About It
Football fans may gravitate to the main story but the standout star of this comic was the back-up premiere of Skyward by Jeremy Dale.  Spectacular art and a compelling story setup has me on the edge of my seat waiting for the #1 issue available for order in the May Previews.  This is a book you should ask your local shop to order so you’ll be able to check it out in July. 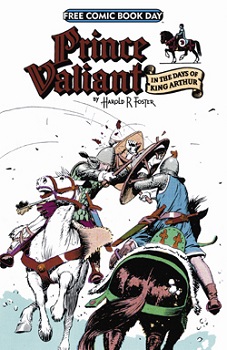 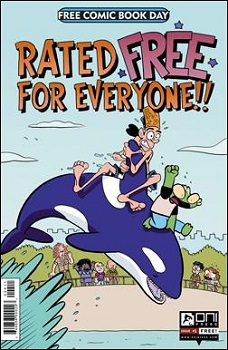 What’s Cool About It
An American classic that began in 1937 and has told a single continuous story that is still going on today.  The original creator, Harold “Hal” Foster, wrote & drew the strip until 1971.  Today it appears weekly written by Mark Schultz & drawn by Thomas Yeates.  This comic presents 2 sequences from 1950, slightly altered for clarity in the comic book format and is a good introduction into the world of Valiant, a 5th century Nordic prince who established a friendship with King Arthur & his Knights.  The strip is very like an illustrated story, as each panel consists of art with a narrative caption.  Definitely worth checking out if you’ve never read it before, it has entertained readers for over 4 generations.

What’s Cool About It
Mermin the Merman kicks off this comic, but the star for me was the Crogan story.  A perfect exampole of Schweizer’s dense storytelling style, a LOT of story and characterization is packed into each page.  Each Crogan story follows a member of the Crogan family at some point over a 300 year period.  The 3 graphic novels available cover pirates, the revolutionary war, and the foreign legion.  This story features Charles Crogan, who was in Crogan’s Loyalty (the 3rd & most recent volume).